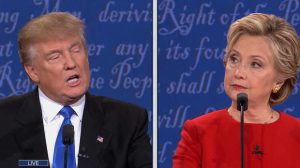 Months before candidates start running (campaigning) in the primaries, they announce that they will run. This is because they need to start fundraising for their campaigns. This is another reason the process feels so long! 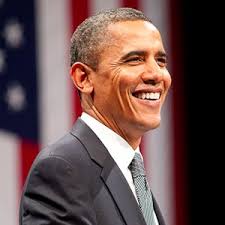 Things are a little simpler if the sitting (current) President is up for re-election. Our presidents can only be re-elected one time. President Obama, for example, cannot run again. However, back in 2012 when he decided to run again, no one else in the Democratic party came forward to contest his candidacy. For that election, only the Republicans had presidential primaries. Both parties still had conventions to formally nominate their candidates.

Once each candidate has secured the nomination of his or her party, the candidates begin actively campaigning against each other until the election. The presidential election in the United States is mandated by law to occur between November 2nd and November 8th on a Tuesday.

A lot of the rules for voting, even in a federal election, are set on a state-by-state basis. For example, some states allow early voting before Election Day or make it easy for people to mail in their ballots. If someone is going to be unable to get to his or her polling place on Election Day, he or she can get an absentee ballot. If the election is very close in a state, that state might need to wait until all the absentee ballots are counted before declaring a winner.

When Americans go to cast their ballots on Election Day, they are not directly electing the candidate they choose. The candidates’ names appear on the ballot, but voters are actually electing delegates to the Electoral College. The Electoral College is a body of people selected in each state who directly vote for the president. The number of electors (delegates to the Electoral College) varies from state to state. It is based on the combined number of senate and congressional representatives of that state. For example, some small or sparsely populated states such as Vermont only have three electoral votes while large states such as California have many electoral votes.

This is why some states with large populations are more important in the presidential race than other states. It’s all about the 538 votes in the Electoral College. Some largely populated states reliably vote for one party more than the other. Texas, for example, is likely to vote Republican while California is likely to vote Democratic.

There are some states where the stakes are very high. These are largely populated states such as Ohio and Florida where it is difficult to predict whether the majority of votes will fall on the Democratic side, or on the Republican side. These states are called “swing states” because the voting could swing either way. Candidates or their surrogates spend a lot of time in these states.

This year the race is very tight in many of the swing states. The poll numbers are shifting. For example, in Florida with 29 electoral votes at stake, the candidates have recently been in a dead heat (a tie). Nobody knows who will win Florida, but if Mr. Trump loses Florida it will be almost impossible for him to get the 270 electoral votes needed to defeat Mrs. Clinton. If Mrs. Clinton loses Florida, she might still have enough electoral votes to get to 270, but her margin of victory will be much more narrow.

Given how polarized the country is, and how close the contest looks (especially in the swing states) it’s no wonder that this campaign is a real nail-biter!