Let’s try something different. I’ve created an audio file, so you can listen to this lesson as you follow the transcript below. Words in boldface are explained in a short glossary beneath the text.

“Bait and switch” is a commonly used expression. It comes up in conversation, and it’s mentioned sometimes in newspaper and magazine articles. In fact, if you google it, you’ll find plenty of references!

Here is a dialogue using the expression. Can you guess the meaning from context? (If you are having trouble with some of the idioms, there’s a vocabulary list at the end of this post.)

Jane: How did it go at Appliance Superstore? Did you get the television you saw advertised? 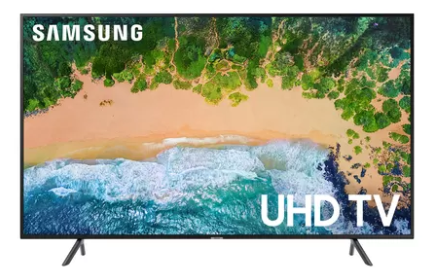 Joe: I didn’t get it. I waited outside the store for two hours before they opened. I was one of the first people inside, but they told me it was already sold out.

Jane: Sold out? You mean there were none left?

Joe: Yeah. That’s what “sold out” means. Then they tried to sell me another television. It was some brand I’d never heard of before, a 22 inch screen, and they wanted $400! 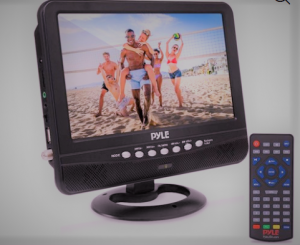 Jane: Let me see if I get this. You went in looking for a Samsung 42 inch television for $200, and when you got there they tried to sell you an inferior brand smaller television for double the price???

Jane: That sounds like bait and switch to me!

As you can see, “bait and switch” is when you offered something that sounds great, but when you show up, you find out that what is actually being offered is of lower quality and/or higher price.

Sarah: How did your date go?

Gina: You mean my date with that guy I met on the online dating app?

Gina: It was a disaster. He turned out to be 75 years old!

Sarah: 75 years old! What? But I saw his picture. He looked like Keanu Reeves, back when he in The Matrix! 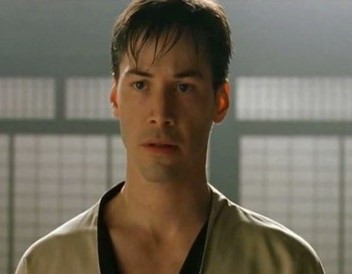 Gina: That’s because he used a photo of Keanu Reeves, back from when he was in The Matrix! The guy didn’t look anything like that.

Sarah: Hmmm. I thought he looked familiar. So you’re telling me that this guy used a photo of a movie star to lure you into going on a date with him even though he was much older and didn’t look anything like the guy in the photo?

Gina: Yes. It was bait and switch.

Maybe this has happened to you? Have you ever booked a hotel room after seeing a beautiful photo online, only to discover the room looked nothing like the photo?

The word “bait” can be used as a noun or a verb. It is used a lot for fishing and hunting.

In fishing, the fisherman uses a worm as bait. The bait is the thing that attracts or lures the fish. Sometimes in hunting, a hunter will set out food as bait to attract animals. If you ever tried to catch a mouse in a mousetrap, you probably used a piece of cheese as bait.

Bait as a noun: I put bait in the mousetrap, but the mouse didn’t take the bait.

Bait as a verb: I baited the mousetrap with cheese, but the mouse didn’t take it.

The word “switch” can also be used as a noun or a verb. To switch something, is to replace something with another thing. For example, I switched from regular coffee to decaf because I was having trouble sleeping.

Swtich as noun: I made the switch to decaf because I was having trouble falling asleep.

Switch as a verb: We switched hotels because we didn’t like the place we were staying.

Here’s your takeaway: Bait and switch is when someone uses an attractive offer as bait to lure you in, but then that person or business switches their offer and tries to sell you something of lesser value and/or higher price.

It comes up a lot. “come up” is a phrasal verb with different meanings. Here “comes up” means “is mentioned.”

I didn’t get it. In this context, “get” substitutes for “obtain.”

…it was already sold out. “Sold out” means the store has none left.

Let me see if I get this. Here “get” substitutes for “understand.”

When you got there… Here “get” substitutes for “arrive.”

find out: discover, in the sense of learn new information

He turned out to be 75 years old. Turned out is a phrasal verb with a few different meanings. In this context it means: It proved to be the case that he was 75 years old.

to lure: Lure is a verb with a similar meaning as attract or draw in.

to book: As a verb “book” can mean reserve. Example: We’d like to book a room.

takeaway: “Takeaway” when used as one word is a noun. It is often used in business and education to mean the main point that you “take away” or “take with you” from a presentation, lesson etc.

I hope you enjoyed this lesson. If you are interested in 1 to 1 English lessons please explore the site!