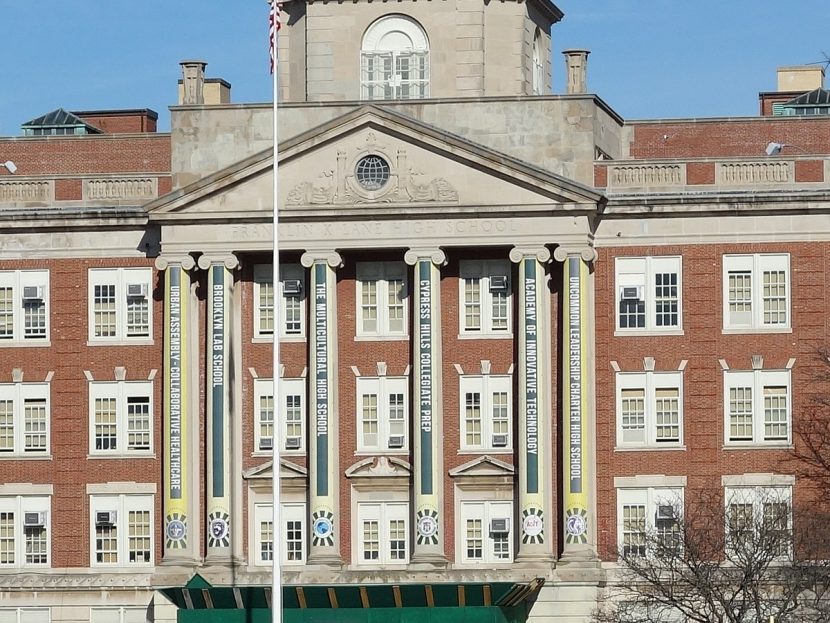 Some of my students are immigrants who’ve started families in the United States or brought their children here. Others might be here for a few years for work. If they have children, they are going to have to navigate the educational system, so here’s a primer for parents with some basic information.  (I’ll do this as a blog series with more to come.)

In the United States, school is compulsory with some exceptions until age 16. This means that children need to be enrolled in some kind of school. Children start kindergarten at age 5, then continue to first grade the following year. There are 12 grades, so most children graduate high school the year they turn 18.

Preschool is the term for educational programs for toddlers and very young children — usually up to age 5. We sometimes use the words “pre kindergarten” or “nursery school,” but in recent years, “preschool” has come to dominate. Preschool is not compulsory. There are some public preschool programs, but most preschools are private or independent, and charge fees.

Middle school goes from the fourth through eighth grades, but this varies in some school districts and cities. In New York City, for example, many public middle schools only have sixth, seventh, and eighth grades, as most public elementary schools go through fifth grade. Middle school replaced an older model of “junior high school” which started in the seventh grade and went through the ninth grade.

High school grades are ninth, tenth, eleventh, and twelfth. We refer to these years as freshman, sophomore, junior, and senior. Some high schools in the United States offer students advanced placement or other opportunities to gain college credits while in high school. Some schools offer accelerated programs so that students can skip their senior year and go straight to college, while others may offer an additional year for technical skill training — especially for those students that aren’t going on to college.  Many high schools were built as large institutions. In New York City many of the large public high schools were divided into different schools operating on the same campus and sharing some facilities as seen in the photo above this post.

You might have heard the term “magnet school.”  Generally a “magnet school” is a public school offering special programs that will attract more students.

You might also hear terms like “specialized schools.”  In New York City for example there are some high schools with special programs in a specific area such as art, theater, science, technology, etc. It is the aim of these schools to train students for careers in specialized fields. For example, LaGuardia High School in New York City is known for its theater and dance programs. Children are accepted based on auditions. It boasts many famous alumni. Other specialized high schools in New York City include Stuyvesant, Bronx Science, and Brooklyn Tech. These schools offer excellent science and math programs. Students have to get high scores on a test in order to gain admission.

While the word “specialized” denotes specific programs, the phrase  “special ed” or “special education” has a different meaning. In the United States “special education” refers to programs for students with learning disabilities who might need “special” help in order to learn. Sometimes students with special educational needs — whether due to a physical disability or a learning disability — are referred to as “special-needs children.”  There is no charge for these services in public schools. Non-religious private schools do not receive funding for these services, but may by law be required to offer them. Some religious schools are able to receive funding for services to special ed students. If you have a special needs child, you should ask about the programs offered before registering your child at a school.

Generally a school that charges tuition and does not rely on public funding, is called a “private school.” There are also “private schools” that may have a religious affiliation. Some religious schools receive funding from religious organizations and may be lower-cost than non-religious private schools. Private schools often refer to themselves as “independent schools.” This may be because the term “private” sounds elitist, or could confuse the public. Most independent schools offer some scholarships or fee reductions to qualified students who cannot pay the full tuition. Private schools that allow students to live on a campus are also referred to as “boarding schools.”

One movement that has become popular in recent years and that has grown a lot in New York is the “charter school” movement. Charter schools are “independent” schools that receive money from local governments to operate and offer services. Parents don’t pay tuition.  These schools are popular with parents who often think their children will get a better education at a charter school than at a public school. In New York City, charter schools generally offer elementary through middle school grades. Admission is often by lottery, but may also depend on family interviews.

Because of the separation between church and state in the United States, public schools and charter schools do not offer any religious education, and do not favor any religion.